SIGNIFICANTLY CHANGED FORM OF THE TRADEMARK

The reasons for the expiry of the trademark protection right are set out in Art. 169 IPL

However, one of them is the loss of distinctive features by the registered trademark as a result of the actions of the owner. Such a trademark will provide information only on the purpose, time of manufacture, price, composition, suitability of the goods. As well as failure to use the mark for goods covered by a protection right for an uninterrupted period of five years after the date of the decision on granting the protection right. However, as indicated in Art. 169 (4) point 1 of the IPL By using a mark, within the meaning of par. 1, it shall also mean the use of a mark: 1) that differs from the mark for which the right of protection has been granted, in the elements that do not change its distinctive character. This article is of key importance in the judgment of the Supreme Administrative Court of July 1, 2022 (II GSK 380/19).

As the Court points out, the entitled person has fulfilled his obligation.

The Patent Office established that the trademark, registered for goods in classes 29 and 30, was used only for some products in class 29, and therefore, in relation to the remaining goods, the right of the protection trademark expired. As evidenced by the evidence, the trademark used by the proprietor is in a form that differs from that which has been granted legal protection.

The registered trade mark ‘zott MONTE’ shows a word mark and a blue jug with white dots on a characteristic background of white and brown spots. Products with a changed mark do not have a blue jug on the packaging, because it is replaced with other elements – showing the ingredients of the goods, e.g. chocolate.

In justifying its decision, the Patent Office indicates the distinctive elements of the registered trademark and explains in detail why it considered that the contested trademark was used in a slightly altered form. ‘The addition of additional elements to the contested mark in the form of the dog Monti or the ingredients of the goods in the form of milk desserts such as chocolate did not fundamentally change the overall impression of the mark, which was the background in the form of the characteristic stains of the name of Z. Monte, which were protected by the contested trade mark ( p. 11 of the Decision).”

The most important issue in the present case is whether the trade mark used, despite being altered, does not alter its distinctive character.

As indicated by the Supreme Administrative Court, the blue polka dot jug is not a distinctive element of the registered trademark, it only indicates the ingredients of the product. So it’s descriptive. It is also not the dominant part of the graphics shown on the packaging. To sum up, the lack of a blue jug on the contested trade mark does not change the distinctive character, as that is not the role it plays in this composition. It is only a graphic addition to the elements that already have such a character, such as white and brown spots and the logotype, which is emphasized in the justification of the judgment of the Supreme Administrative Court.

We also conducted a research on this matter. And we attach packaging designs that have been used for the products in question over the years. 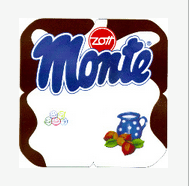 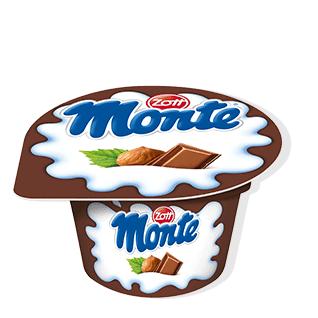 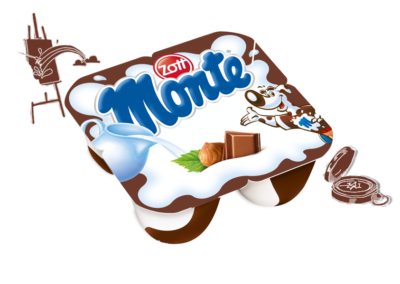 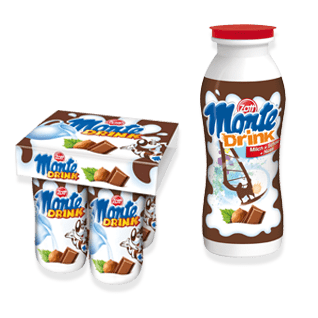 As can be seen, the logotype on the background composed of white and brown spots are permanent elements that clearly inform the consumer about the origin of the product, and therefore they play a distinctive role in this mark. The addition of chocolate, walnut or a jug with milk are descriptive elements that will not affect the distinctive ability. These are details that only indicate the composition of the goods, their presence will certainly not be a decisive factor in the purchase of an average – well-informed, attentive and prudent consumer.

To sum up, the right holder used a mark that differed from the mark for which he was granted protection, in elements that do not change its distinctive character

USE OF THE CHARACTER AS CHANGED

By registering a trademark, the entitled person acquires the exclusive right to use it and to protect it. A trademark is registered for a specific class of goods and can be used in relation to them. When manufacturing the goods, the right-holder has the right to affix their registered trademark in a slightly altered form. Adding or removing descriptive elements will not affect the reception of the products by the consumer. A slightly altered trademark will continue to be protected by law. The most important thing is that the elements that are characteristic of a given trademark and allow the consumer to indicate the origin of the goods remain unchanged. As in the case at hand, adding or removing a milk or chocolate jug does not affect consumers’ perception of it. The main elements of the registered trade mark are the word ‘Monte’ and the background with white and brown spots. They should be on the packaging of these products and influence the consumer’s decision.

In this post we explain how to publish graphics on Facebook to not face copyright infrigement accusation.

ASSIGNMENT OF RIGHTS TO A TRADEMARK – COGNITION OF THE PATENT OFFICE

Most changes concerning industrial property rights entered in the registers kept by the Patent Office of the Republic of Poland require the submission of an application and the presentation of relevant documents that justify the entry. Most often it will be the...
Read More

#MARKADVERTISING, NEW RECOMMENDATIONS OF THE PRESIDENT OF UOKiK

Influencers are online creators who, due to the content they publish, can have a real impact on their followers. Instagram, Facebook and YouTube are the areas of their activity. Along with the growing interest in influencer characters, their advertising opportunities...
Read More

CHRONOLOGY OF ACTIVITIES IN REGISTRATION OF A COMMUNITY DESIGN BAGS – REGISTER FIRST, THEN ADVERTISE

It must be admitted that the fashion industry is one of the most difficult and susceptible to complicated processes of obtaining, enforcing and maintaining intellectual property rights. This translates into both procedures for obtaining rights from the registration of...
Read More

On September 2-3 this year. a conference in memory of recently deceased prof. William Cornish, a recognized specialist in intellectual property law. The conference was held under the slogan "Modern challenges of IP law". During it, important topics and problems...
Read More

Whether a given work is considered a work within the meaning of the Act on Copyright and Related Rights is determined by its individual character and the creative process. In the event of a copyright infringement, and consequently pursuing claims, it is important to...
Read More

Copyright trolling is a phenomenon which reprehensibility is more and more often noticed by courts and more and more quickly identified by people who are "trolled", thanks to the possibility of quick information exchange via social networks such as Facebook or...
Read More

DESCRIPTIVENESS AND LEGAL PROTECTION OF A TRADEMARK

A trademark is a sign that allows the recipient to distinguish the goods or services of one enterprise from the goods and services of another enterprise. It can take any form - it may contain a word, a drawing, a letter, a number, a color, it may constitute a spatial...
Read More